What does the modern fencer have in common with the traditional Zen warrior? (article) 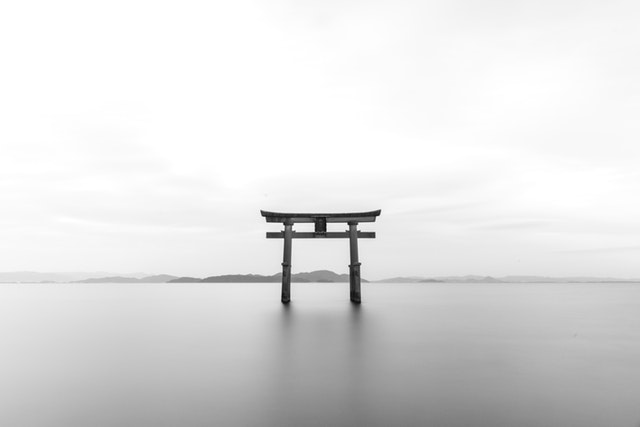 When you are a master at something… its not about thinking anymore… its about feeling… its divorcing yourself from your mind and dissolving into the task you are after.

What does the modern fencer have in common with the traditional Zen warrior? The answer lies in understanding that swordplay, whether ancient or contemporary, is a form of personal combat. Whether in a military battle or an athletic competition, success relies on technique, timing and tactics, as well as, concentration, confidence and courage.

The philosophy that guided the Zen warrior holds a storehouse of wisdom that has evolved over centuries of practical application. It is the original sport psychology. While of enduring relevance, the theory and method of this tradition are locked in legend and lore, and not readily accessible to the contemporary Western mind.   Zen in the Art of Archery (New York, Vintage Books; ISBN 0-679-72297-1), written by German philosophy professor Eugen Herrigel in 1953 after completing his archery training, offers a unique window into Zen thinking. He attempts to present concepts like instinct, detachment and unconscious action in a practical way, while honoring the tradition of teaching and thinking that are the hallmark of the Zen way. We will filter these concepts through contemporary sport psychology and examine their relevance to modern fencing.

It is the intuitive and poetic style, epitomized in the Zen riddle, that marks it as esoteric and renders it difficult to interpret. However, it is important to note that Zen training includes diligent practice of mental skills in concentration (focused on vision training) and in intensity management (based on breath control) that are now standard fare in sport psychology – and are similar to mental training practices that has been presented in previous American Fencing articles.

As to the relevance of a warrior’s skills to those of a modern athlete, it is worth noting that to the soldier losing the fight often meant losing one’s life. Differences between combat and sport aside – the threat of death represents the ultimate competitive stressor. It follows that what works in combat should work in competition.

The Zen tradition is well known for the use of riddles as teaching tools, the most famous of which is “What is the sound of one hand clapping.” There is no correct answer to this – in fact, there is no answer at all. This is intended more as a caution about the danger of “overthinking” in an action setting. It is a reminder that when the critical moment comes it is time to let go of logic and to act with the full focus of a clear and open mind. This ancient idea is captured in modern science by the “right brain- left brain metaphor,” which reveals that logic and instinct prevail in opposite halves of the brain. Success in fencing relies on the ability to use logic to make tactical decisions, and then to act with instinct as the bout unfolds – shifting back and forth from logic to instinct, touch by touch.

Consider the meaning of the phrase “That winning at fencing is learning to touch without being touched?”  Does this sound a little like a Zen riddle?

The idea of a warrior or a world class fencer being detached from thoughts and feelings about results seems impractical at first – and even a little like a riddle itself.  But, there is a simple lesson here. In the critical moment, if the fencer can give full and complete concentration to fencing, the results will follow. Being preoccupied with results of a competition can take the fencers thoughts out of the moment, and as such be a distraction from fencing. In addition, too much thinking about results can set up fear or doubt, which may in turn undermine the sense of confidence that is essential to acting with instinct.

Is there really a role for unconscious thinking in fencing? In the 2005 World Championships, the Women’s Foil Team won the bronze medal, avenging a controversial loss to the German squad in the bronze medal match the year before at the Sydney Olympics. In one of the greatest come from behind wins in American Fencing history, closer Ann Marsh literally fenced unconsciously – having no memory for most of the bout. Any thoughts about the now infamous Star Wars phrase “Let the force be with you?”

Zen links instinctive action to the unconscious mind.  But this is a style of consciousness that comes with years of focused training and competitive experience, and from hours and hours of repetition that creates a deep and rich motor memory. At the core of instinct is the ability to trust that accumulated experience, to let go, and to simply touch without being touched.